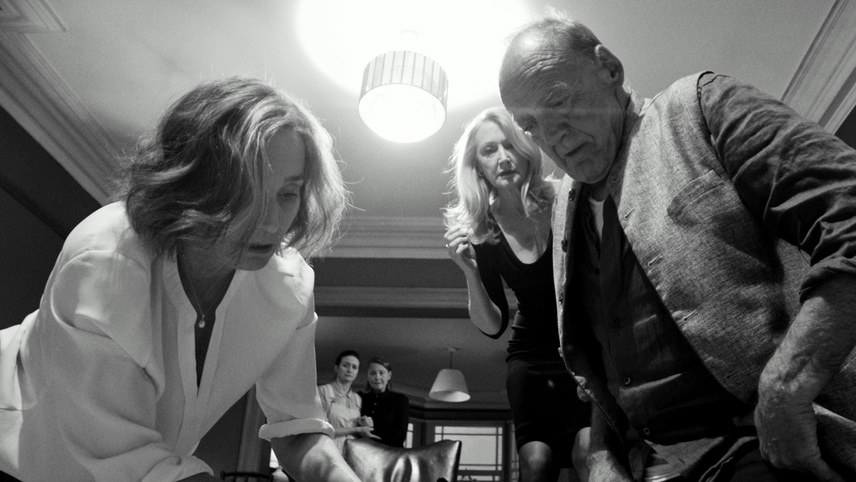 Janet has been appointed to a key position in the shadow cabinet. To celebrate this crowning achievement in her political career, Jill and her husband Bill host an intimate gathering at their London home. As the guests arrive, the party takes a sudden turn when Bill makes an explosive announcement.

A state-of-the-nation satire from the reliably risk-taking Sally Potter (Orlando), this brisk and combustible dark comedy raucously bustles with surprises and secrets. Filmed in black-and-white, the star-studded Party is led by a stately Kristin Scott Thomas and scene-stealing Patricia Clarkson.