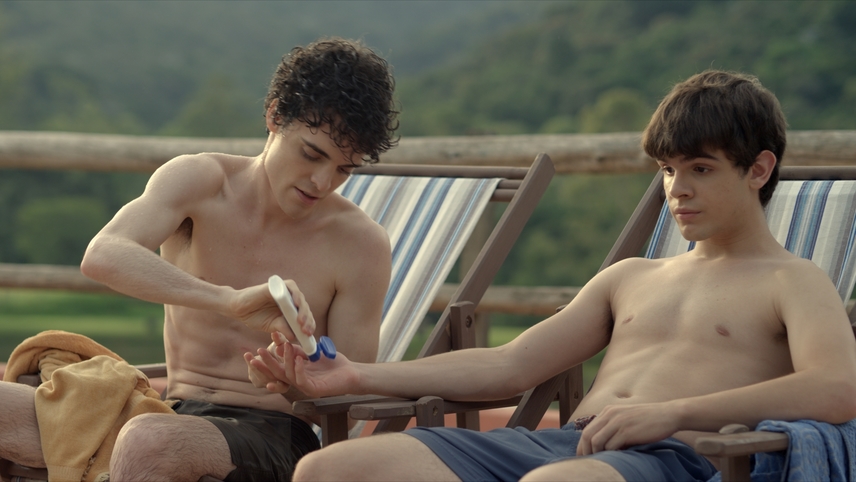 The Way He Looks

Leo is a blind teenager who’s fed up with his overprotective mother and the bullies at school. Looking to assert his independence, he decides to study abroad. However, when Gabriel, the new kid in town, teams with Leo on a school project, new feelings blossom that make him reconsider his plans.

Winning two prizes at the 2014 Berlinale, Daniel Ribeiro drew international acclaim for his film debut, a sensitive coming-of-age LGBT drama. Chronicling the sexual awakening and struggles of a blind high-school student, The Way He Looks is a rare depiction of the awkward ordeals of adolescence.