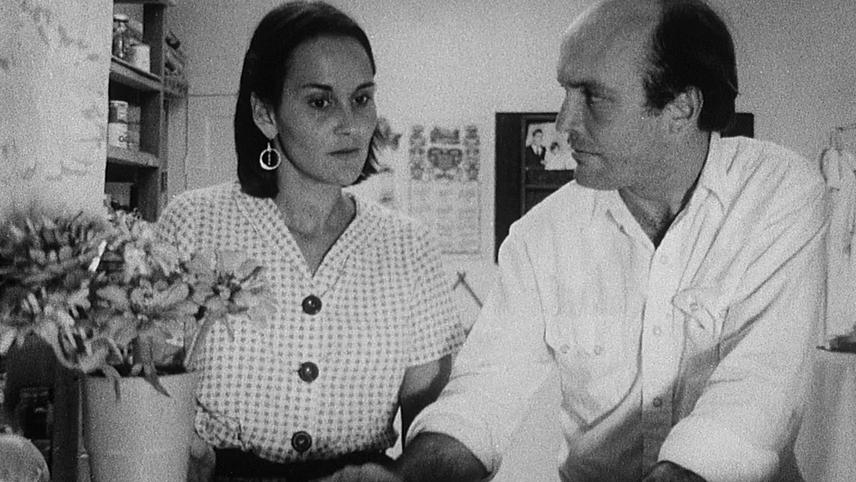 Longtime friends Frank and Lloyd try their luck at get-rich-quick schemes while negotiating the daily indignities of being seen by everyone else—including, occasionally, Frank’s long-suffering wife–as the local losers.

Shot on 16mm in Austin, Texas, The Whole Shootin’ Match anticipated an entire wave of American independent cinema in its unique sense of aesthetic and narrative freedom—a freedom which prompted Robert Redford to start the Sundance Film Festival. Today, it is a rapturous rediscovery.