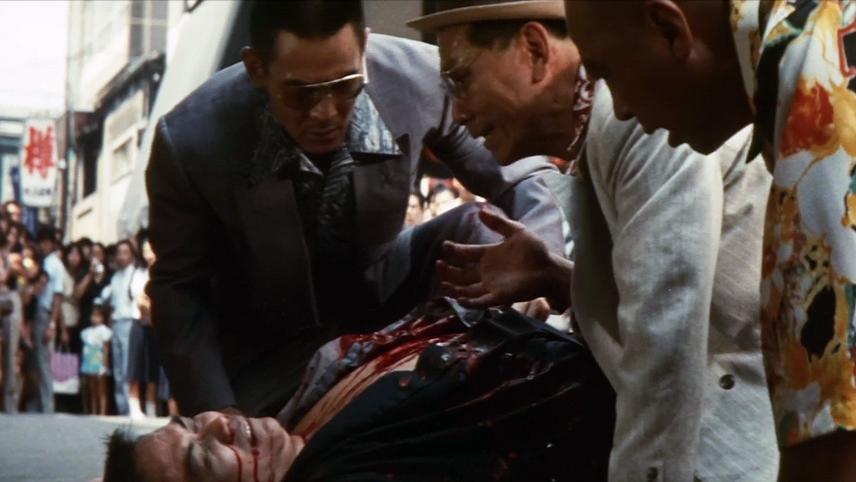 A power vacuum is formed in the Muraoka family when underboss Uchimoto refuses to avenge the assassination of a superior. Uchimoto pledges loyalty to the powerful Akashi gang, but is soon expelled from the Muraoka for the act. Enmity between the two gangs threatens to erupt into bloody violence.

Of the many pleasures the “Yakuza Papers” is its tracing of Japan’s post-war history through its gang sagas. The timeline is now in the 1960s, with the economy booming and a milestone Olympics coming soon, and a new Japan reveals itself in the dizzying, labyrinthine inter-gang loyalties and warfare.