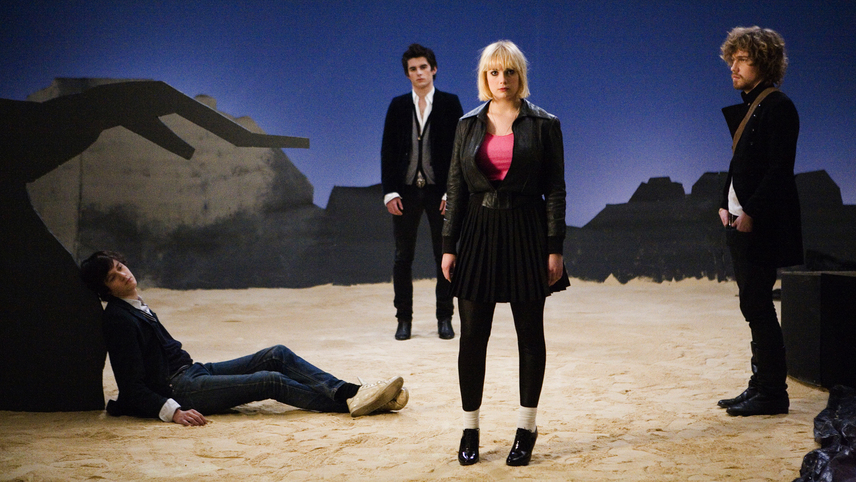 Macha, Nathan, and Walter leave their high school for the day. A young man is waiting for them, ready to take them out of the city, to the sea, into a night from which they may never return.

Yann Gonzalez (Knife + Heart) had already asserted his unique surreal, poetic style in this, his fourth short film. A theatrical and playful retelling of the Pied Piper of Hamelin fable, an oneiric voyage between life and death is led by a mysterious figure, played by French singer Julien Doré.