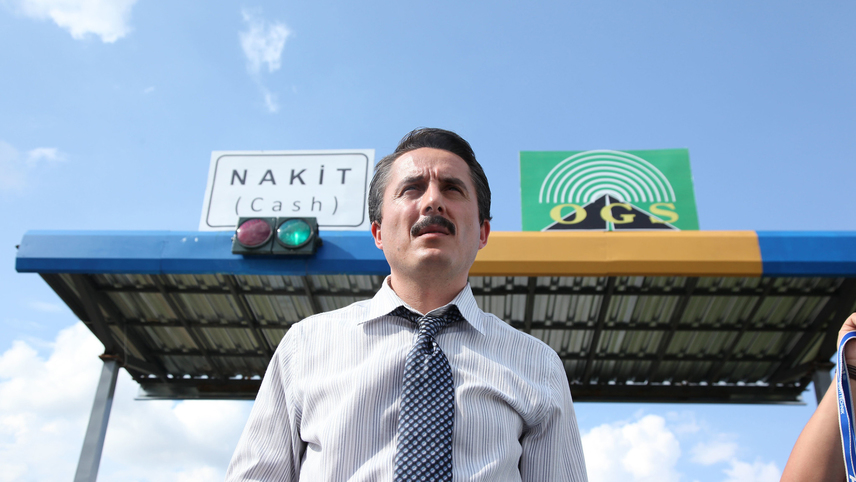 A quiet man who prefers plunging into his dream world rather than talking to people, Kenan is a 35 year old toll both clerk who lives with his father. His life, a humdrum routine between the three boxes in his life—home, shuttle bus, toll booth– will change with his move to a new toll booth plaza.

Tolga Karaçelik’s debut film is an uncanny examination of what it means to be trapped in a never-ending routine. Manifesting the early reflections of the director’s signature irony, this slow-burning psychological drama confronts us with those moments of madness inherent in everyday situations.