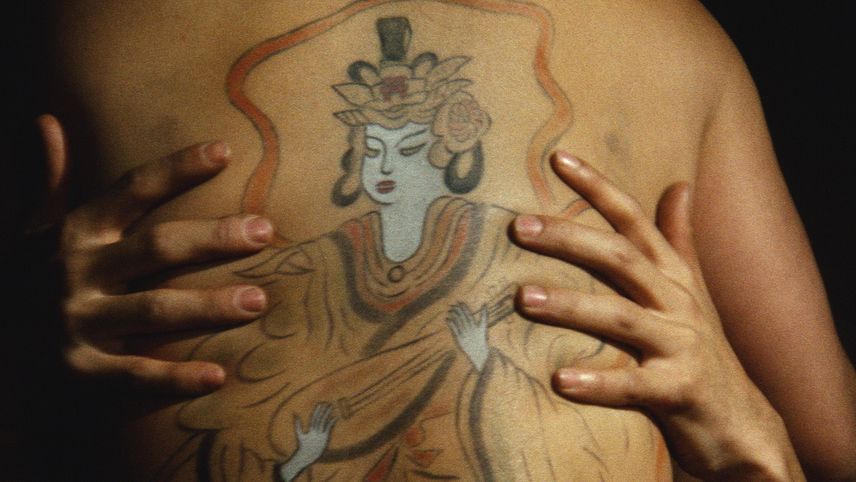 Roaming outlaw Okayo is also known as Benten due to the tattoo of the Buddhist Goddess of Love emblazoned across her back. On the run from her persecutors, who seek to claim the tattoo and its skin canvas as a bounty, Okayo finds a safe haven in the arms of the mysterious shakuhachi playing Seigaku.

Women Hell Song is an audacious “pink” period drama about a tattooed female criminal on the run for murdering Yakuza. Shot in monochrome—with shimmering color inserts for the sex scenes, the film powerfully juxtaposes tradition with modernity, violence with religion, and softcore with folklore.