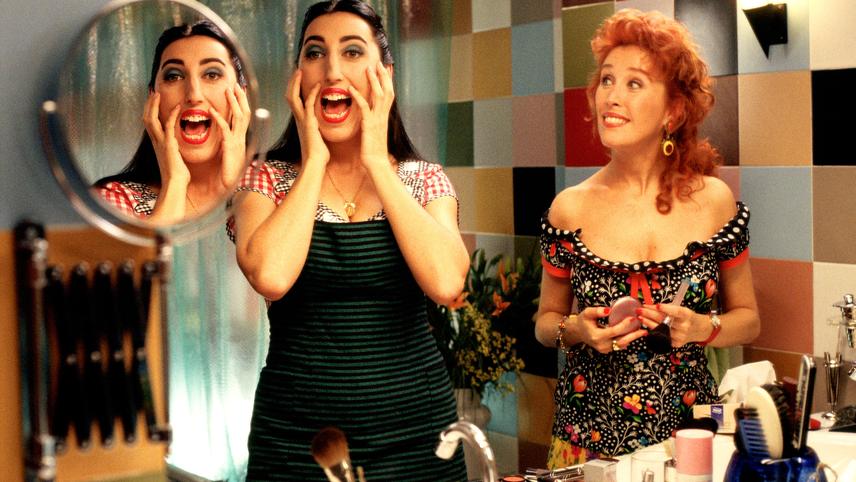 Kika, a young cosmetologist, is called to the mansion of an American writer to make-up the corpse of his stepson, Ramon. When he is accidentally revived by Kika’s attentions, she moves in with him. They might live happily ever after but first they have to deal with some things…

We dive further into the rabbit hole of Almodóvar’s irresistible, wide-ranging sensibilities and arrive at Kika, his purest testament to the power of screwball comedy. The gamut of all of one’s emotions are beckoned in this rollercoaster plot few films in the history of cinema could dare match.