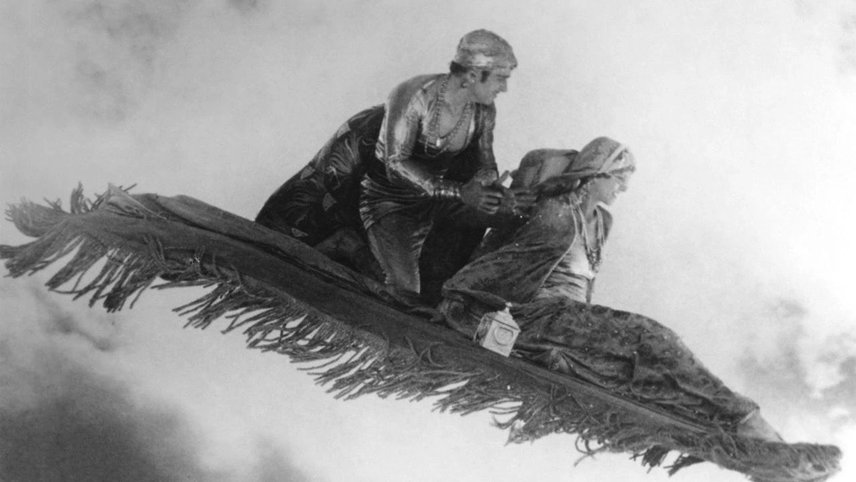 The Thief of Bagdad

A pickpocket falls in love with the Caliph of Bagdad’s daughter. The Caliph will give her hand to the suitor that brings back the rarest of treasures. The quest grows more fantastic with every thrill, as the thief rises high above the city on a magic carpet, and battles a fire-breathing dragon.

It’s said that the sets for this dazzling Arabian Nights fantasia ranged across more than six acres of Hollywood sound stages. A monument to spectacle directed by Raoul Walsh and starring the inimitable Douglas Fairbanks, The Thief of Bagdad is a thrillingly bombastic epic of American silent cinema.