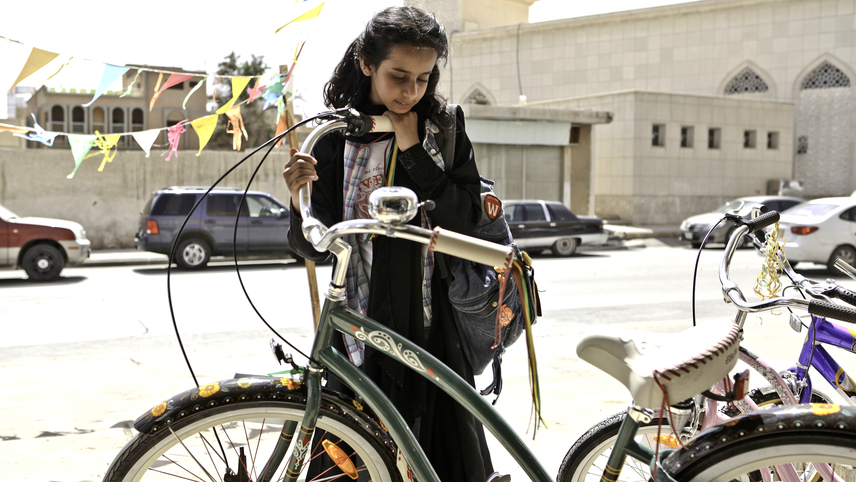 Young Wadjda dreams of owning a green bicycle. She wants to race a boy from the neighborhood, but the law prohibits girls from riding bikes. Just as she is losing hope, she hears about a cash prize for a Koran recitation competition at her school. Wadjda decides to earn the cash to fulfil her dream.

With Wadjda, Haifaa Al-Mansour—whose The Perfect Candidate was released recently—grabbed Hollywood’s attention, and became both the first woman director from Saudi Arabia, and the first filmmaker to shoot a film entirely there. Here is her heartfelt, charming, and sassy tale of female emancipation.