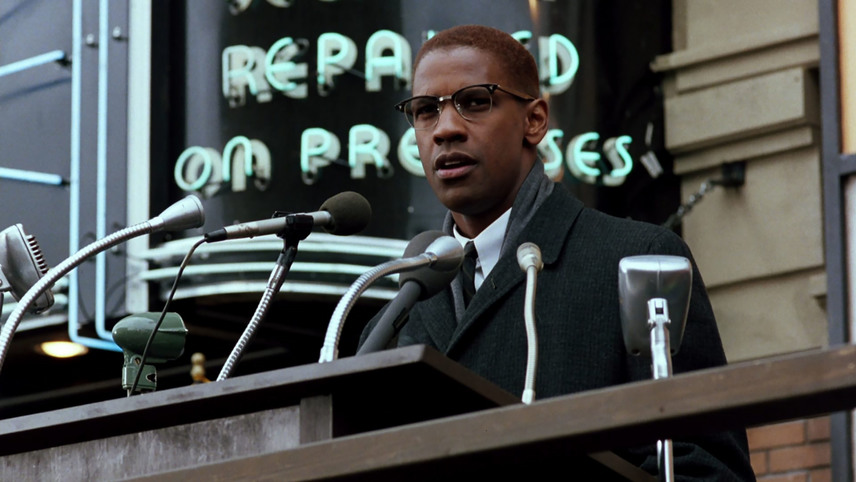 A tribute to the controversial black activist and leader of the struggle for black liberation. He hit bottom during his imprisonment in the ’50s, he became a Black Muslim and then a leader in the Nation of Islam. His assassination in 1965 left a legacy of self-determination and racial pride.

A bravura biopic from writer-director Spike Lee (Do the Right Thing, BlacKkKansman), this insightful, engrossing epic does full justice to its subject: civil rights leader Malcolm X. A nuanced exploration of the man and the myth, anchored by a rousing performance from Denzel Washington.