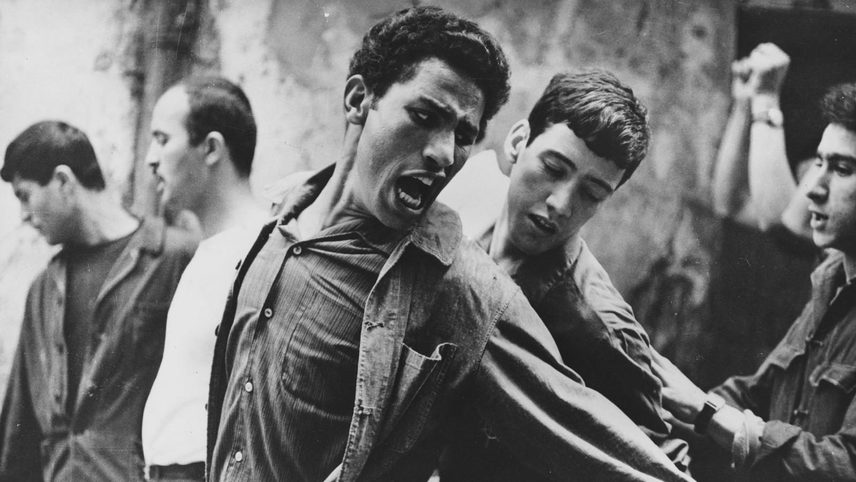 1950s Algeria: Ali La Pointe is recruited to join the National Liberation Front, becoming involved in its armed insurgency against the French colonial powers. French paratrooper Colonel Mathieu is entrusted with squelching the uprisings. As violence escalates on each side, no act is too unthinkable.

One of the most significant political films ever made, Gilles Pontecorvo’s Battle of Algiers is pure revolutionary cinema. Shot on location in newsreel-style B&W, it uses mostly non-professional actors whose lived experience of the battle inform the drama—to a spectacular Ennio Morricone score.