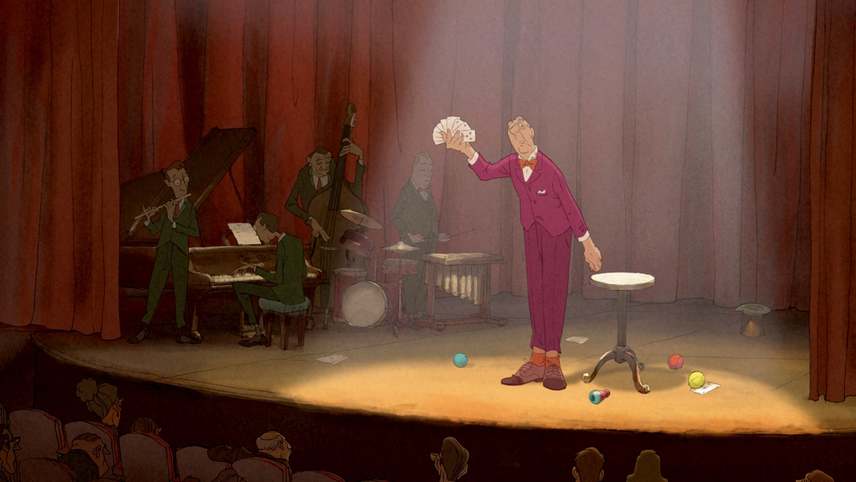 Aging musician Tatishcheff travels from France to the wilds of Scotland to tour his magic show. There, he and his feral rabbit befriend Alice, a young girl who believes in his magical abilities. As the gigs dry up, Tatischeff travels to Edinburgh and Alice runs away to join him in the big city.

French animator Sylvain Chomet (Belleville Rendezvous) fashioned this exquisitely crafted hand-drawn animation, bearing more than a passing debt to the genius cinema of Jacques Tati. Adapted from an unproduced script of Tati’s, this wistful father-daughter drama is a magical homage to a master.

Get access to this film plus 2509 more films showing in other countries via a VPN subscription.