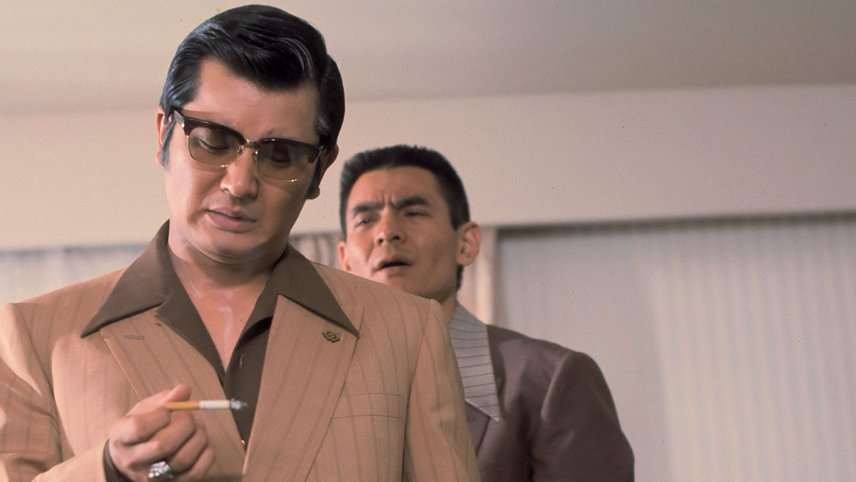 After a police crackdown, the Hiroshima and Kure gangs have formed a massive, multi-family coalition called the Tensei Group, seeking a way forward into the 1970s as part of Japan’s economic bubble. But old habits die hard, and when rivalries surface again they bring the promise of more bloodshed.

Police Tactics was supposed to be the last of “The Yakuza Papers” series…but its popularity required the fearless Kinji Fukasaku to return for the true finale. He brings the bloody saga into the 1970s proper: How far has Japan—and these gangsters—come since the black market days of the Occupation?