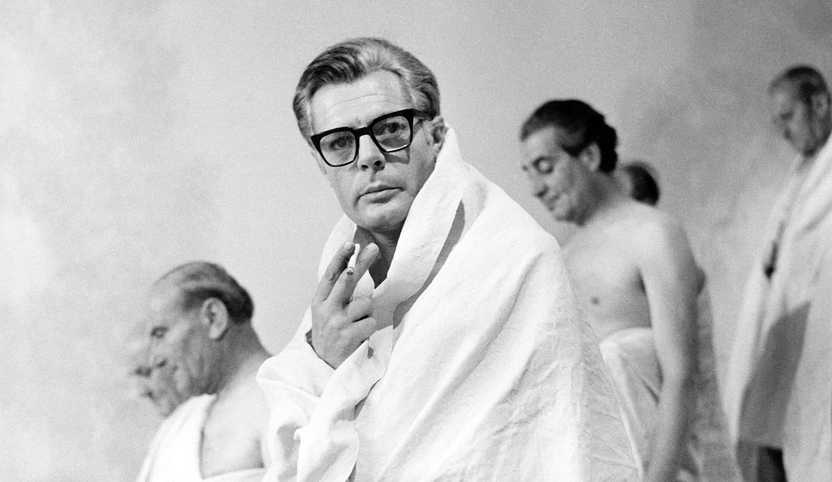 Struggling to find inspiration for his next project, acclaimed director Guido Anselmi wrestles with his dreams, memories and desires in his search for creativity. Blending visions with reality, his artistic crisis leads him down many a strange and twisted paths, as his life unravels around him.

Winner of the Academy Award for Best Foreign Language Film, there is strange undeniable magic to Federico Fellini’s semi-autobiographical, self-referential film about film. It is an iconic, modernist work of absolute genius that manically flits between the fantastic and the realistic.

Get access to this film plus 2274 more films showing in other countries via a VPN subscription.