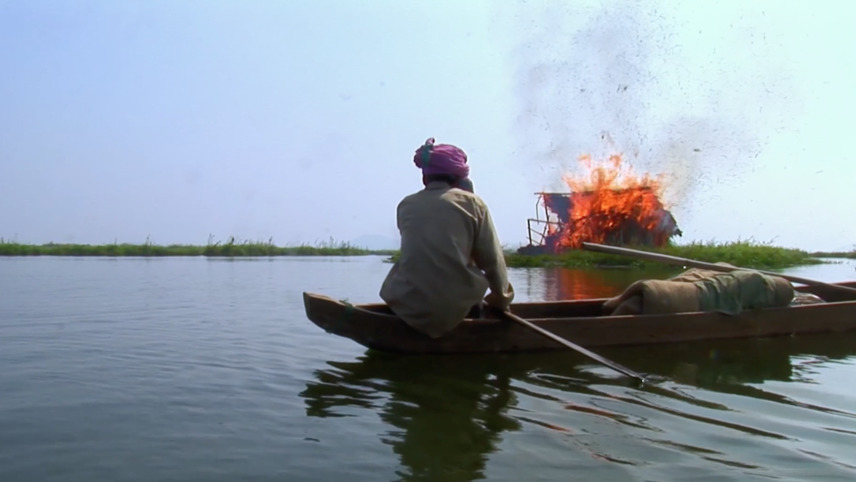 Lady of the Lake

A small village by a lake. Citing pollution, the government incinerates the shanties that the destitute have long called home. People watch in despair as their homes burn. Among them is Tomba, who was able to somehow save his home but was powerless when the government demanded he move.

Following an ordinary fisherman’s quest for survival, this Manipuri drama delicately emphasises the role of oppression and fear in breeding insurgency. A poetic ethnographic portrait, Loktak Lairembee transports you to the meditative locales of Loktak Lake and its fascinating floating islands.

Get access to this film plus 2320 more films showing in other countries via a VPN subscription.