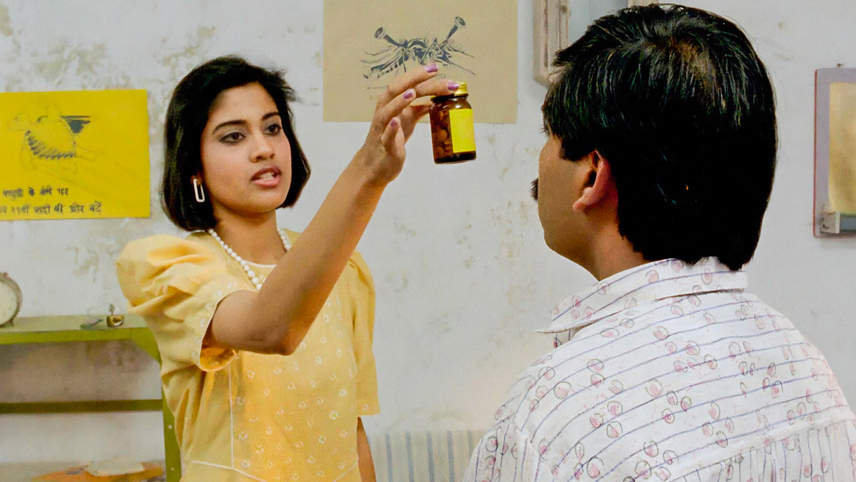 Love in the Time of Malaria

Caused by mysterious mosquitos, a strange illness spreads through the land, causing restlessness and agitation among the people. Young, ambitious and loyal to the throne, Hunshilal steps up to develop anti-mosquito medicines from onions. While doing so, he falls in love with his colleague.

We are thrilled to present a rare underground classic seen by very few people since its debut in 1992. Using a conventional structure to tell a bizarre tale about a fictional kingdom and its despotic ruler, this enigmatic Gujarati satire is as thought-provoking as it is hilarious.