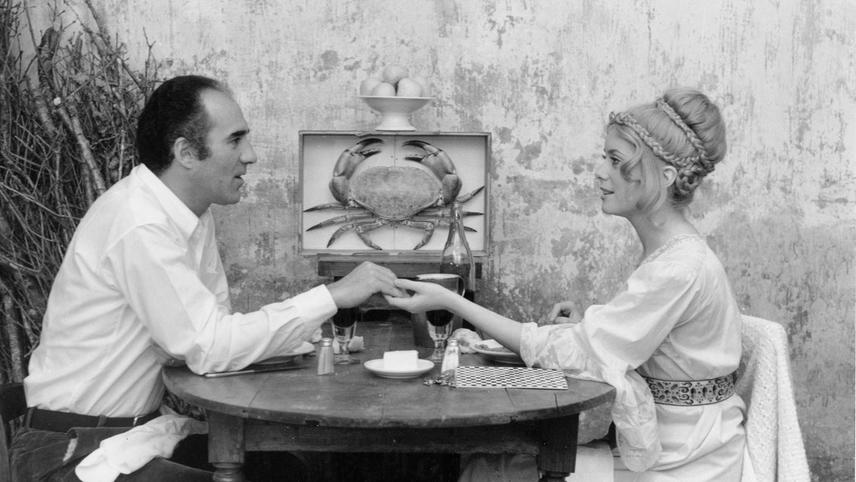 This movie tells two stories: the birth of a novel and the life of a couple culminating in the birth of their child. The people the husband meets on their Breton Island get absorbed into this book, transformed and distorted.

Agnès Varda returns to the topic of marriage a year after Le bonheur in this kooky and inspired science-fiction romance. Starring French cinema legends Michel Piccoli and Catherine Deneuve and shot in black and white with expressive tints of color, it proves Varda is a magician of the unexpected.