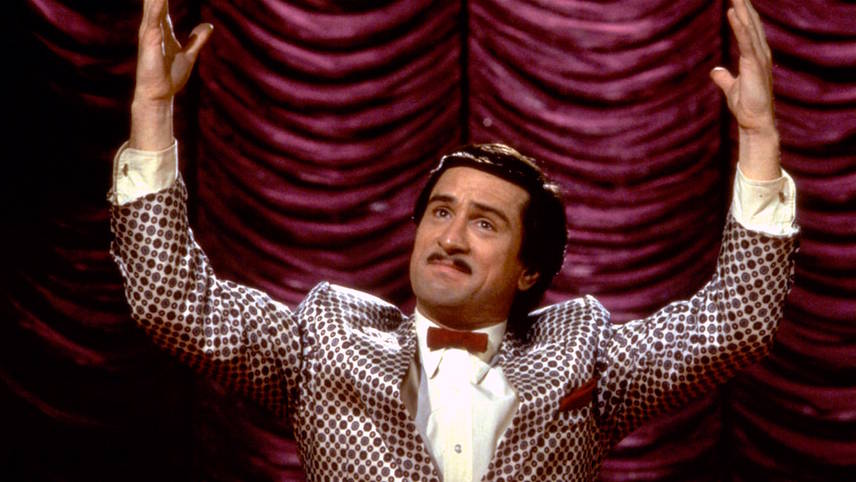 The King of Comedy

A thirty-four-year-old aspiring comic still living at home, Rupert Pupkin studies obsessively to be a talk show guest, but has no discernible talent other than a ferocious need for recognition. When he meets his talk show host idol, he sees it as an opportunity for him to reach his dream of stardom.

Following Raging Bull and Taxi Driver, Martin Scorsese and Robert De Niro team up once more to tackle the curious subject of celebrity in this satirical dark comedy. Co-starring Jerry Lewis, The King of Comedy has since emerged as both eerily ahead of its time and among Scorsese’s very best.

Get access to this film plus 2331 more films showing in other countries via a VPN subscription.