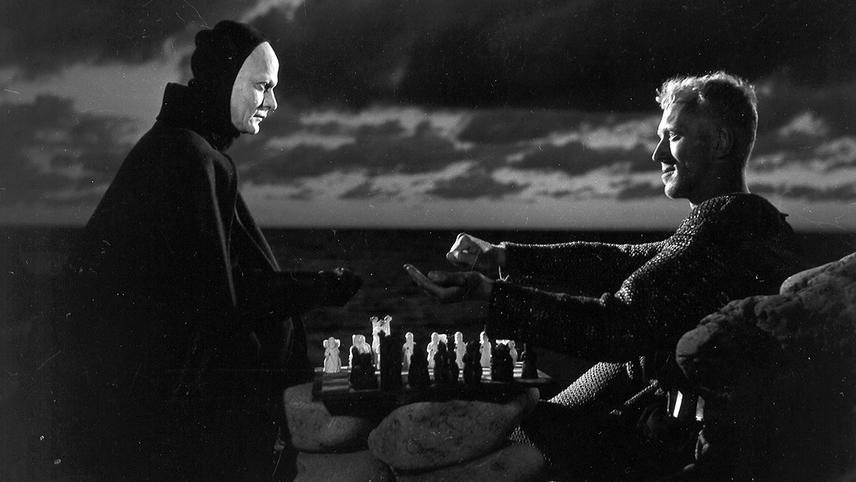 A Knight and his squire are home from the crusades. Black Death is sweeping their country. As they approach home, Death appears to the knight and tells him it is his time. The knight challenges Death to a chess game for his life.

One of the essential pieces in world cinema, this film has likely not been watched as often as it has been referenced in film history! Bergman’s high-concept tale of a man confronting existential despair is a riveting philosophical journey through the nooks and crannies of faith, death and chess.

Get access to this film plus 2656 more films showing in other countries via a VPN subscription.