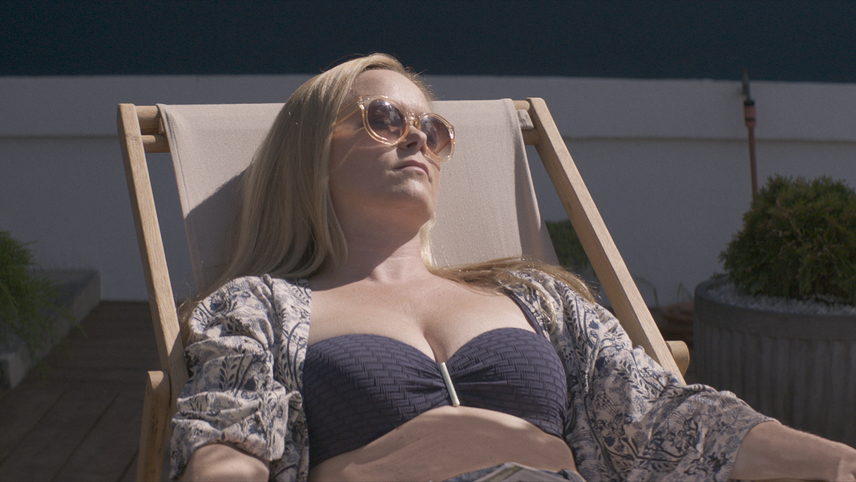 Agnes throws Atli out and does not want him to see their daughter Ása anymore. He moves in with his parents, who are involved in a bitter dispute over their tree that casts a shadow on the neighbours’ deck. As Atli fights for the right to see his daughter, the clash with the neighbours intensifies.

This deadpan comedy-noir about neighbourhood warfare quickly spirals into much darker territory. Under the Tree captures the simmering tensions and uneasy resentments bubbling up in Reykjavik’s suburbia with bone-dry humour and an eye for the offbeat, the macabre, and the absurd.