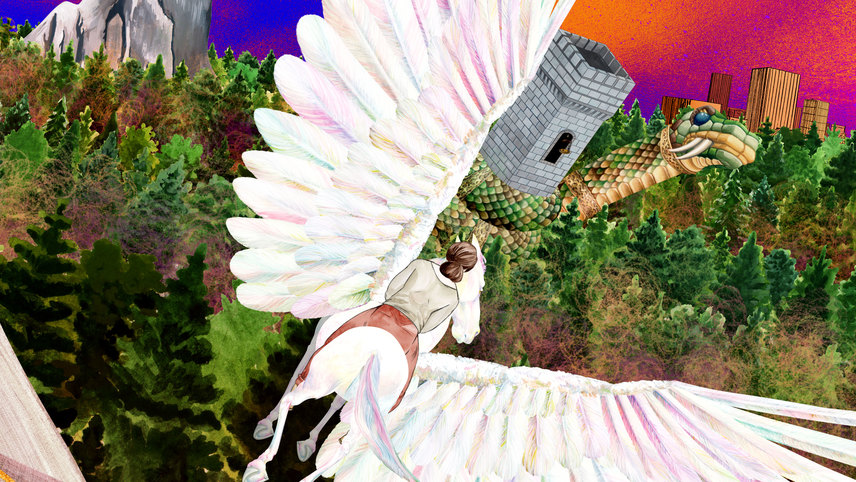 In a world inhabited by humans and rare mythical creatures known as “Cryptids”, zookeeper Lauren brings these beings under the protection of her sanctuary—the Cryptozoo. As she tracks down a dream-eating beast, she enters into a dangerous mission to find it before it is captured by the military.

A psychedelic odyssey to a phantasmagorical world where mythic creatures both enchant and ensnare, Dash Shaw’s vision of a soon-to-be-ruined utopia bursts with hallucinatory images. Channeling retro action-adventure thrills through singular hand-drawn animation, this is a trip you will never forget!