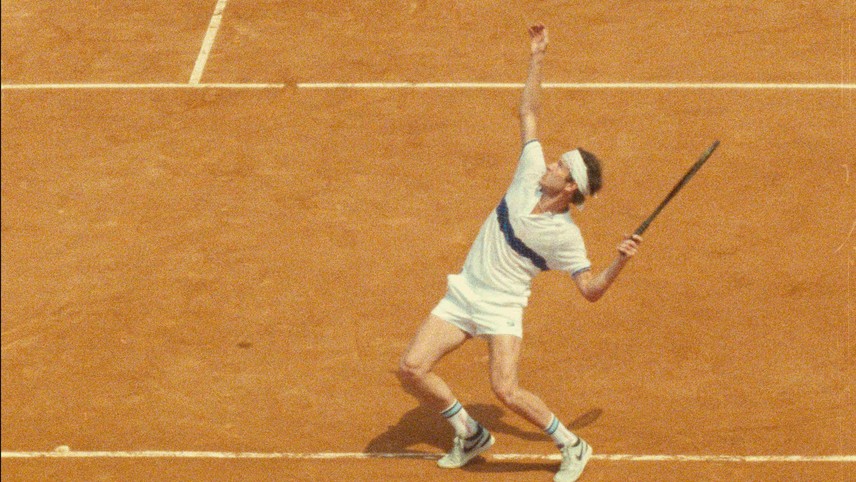 John McEnroe: In the Realm of Perfection

In the 80s, director Gil de Kermadec attempted to use film as means of analysing the game. His meticulously shot footage of John McEnroe matches during the French Open forms the starting point for an ironic look at the parallels between film and the sporting world: cinema lies, sport does not.

Composed of 16mm footage shot at the French Open in 1984, Julien Faraut’s documentary is an evocative portrait of tennis’s foremost showman. Narrated by Mathieu Amalric, the film penetrates McEnroe’s brilliance through archival footage by considering both his physicality and psychology.