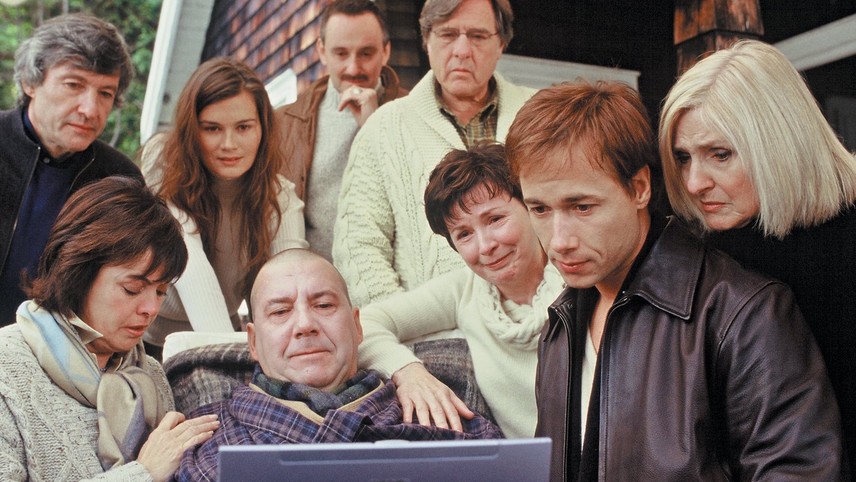 Rémy, a Montreal college professor who is divorced and in his early fifties, learns that he is dying of liver cancer. During his final days, he is reunited with old friends, former lovers, his ex-wife, and his son, as they reflect on their exploits and political ideals.

The first Canadian film to win an Academy Award® for Best Foreign Language film, this Québécois hit is both beautifully observant and politically attuned, skillfully balancing comedy and drama. Marie-Josée Croze won the Best Actress prize at Cannes for her intense, tenacious performance.