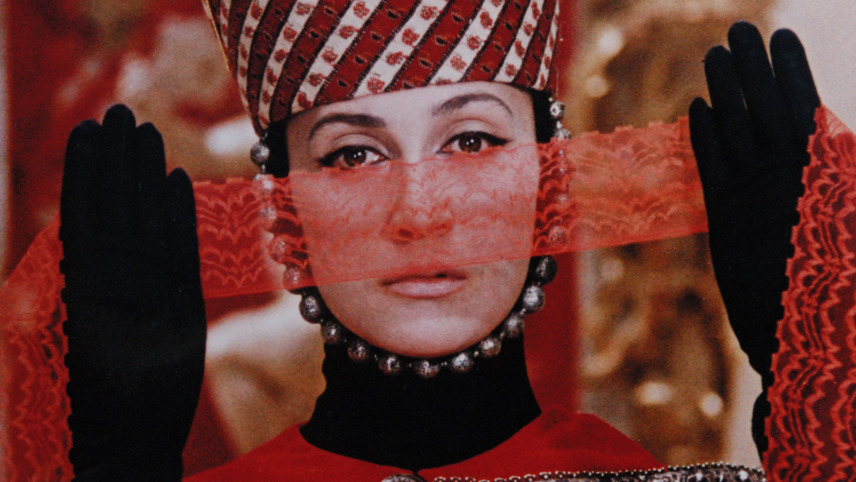 The Color of Pomegranates

A portrait of the revered 18th-century Armenian poet and musician Sayat Nova, the ‘King of Song’. Through his poetry and a series of lavish tableaux, the film charts his life from humble weaver, to king’s minstrel and cloistered monk before being martyred for his faith by invading Persians.

Sumptuous, otherworldly images leap from the screen in Parajanov’s ravishing experimental biopic of the great Armenian poet Sayat-Nova. Through a series of folkloric moving tableaux, the abundance of lyrical visual poetry and religious imagery led to its censorship by the Soviet authorities.