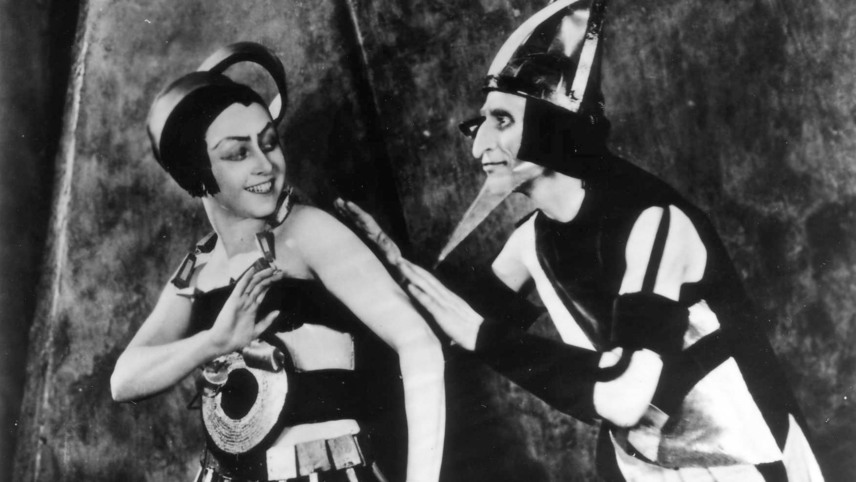 Los, an engineer living in Moscow, dreams of Aelita, the Queen of Mars, and builds a spaceship to take him to her. They fall in love, but Los soon finds himself embroiled in a proletarian uprising to establish a Martian Union of Soviet Socialist Republics.

Before Flash Gordon, before Metropolis, there was Aelita: a Soviet super-production to rival Hollywood! As a romantic, even decadent fantasy, the film fell out of favor with the political authorities, but its robust adventure and visual wonders live on as a major milestone of sci-fi cinema.