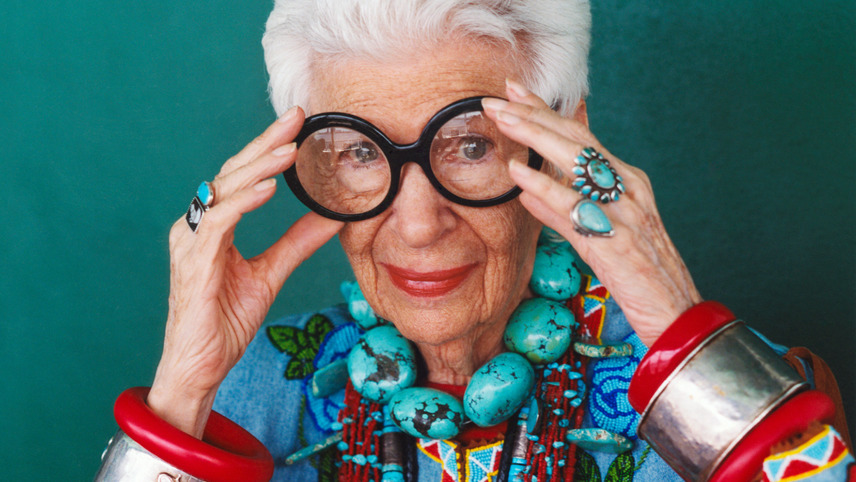 Legendary documentarian Albert Maysles, 87, portrays style icon Iris Apfel, 93, whose outsized presence on the New York fashion scene has been lasting for decades. A singular woman, her enthusiasm for fashion, art, and people reminds us that dressing, and indeed life, is nothing but an experiment.

A profile of the fascinating fashion icon Iris Apfel, this documentary hails from the equally groundbreaking Albert Maysles: well-known for his cinéma vérité work with his brother David in the 1970s, in particular Gimme Shelter and Grey Gardens. Featuring a cameo from Kanye West!

Get access to this film plus 2282 more films showing in other countries via a VPN subscription.