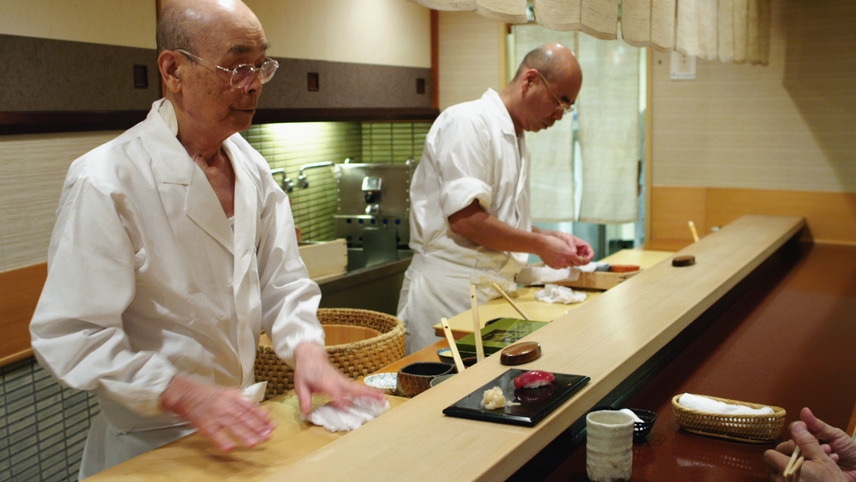 Jiro Ono, a chef in his eighties, owns the only sushi restaurant to hold three Michelin stars. Located in a Tokyo metro station, it only has seating for 10 guests who have to reserve a month in advance to enjoy the delicacies prepared before their eyes by the esteemed sushi master.

It’s rare to describe a film as “mouth-watering,” but this one definitely fits the bill! A crowd-pleasing documentary hit with a surprising depth of soulfulness, it explores food-as-art with a perfectionist at the core. Jiro was later expanded by the filmmaker into the series Chef’s Table.