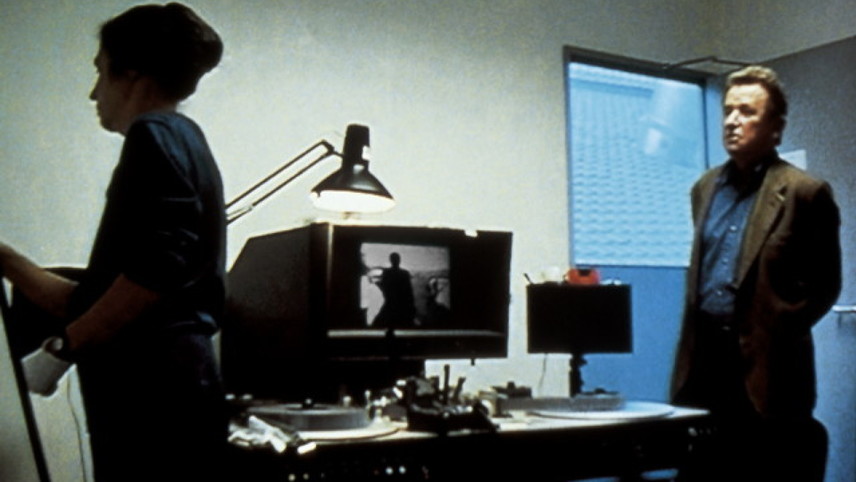 Where Does Your Hidden Smile Lie?

The filmmaking team of Jean-Marie Straub and Danièle Huillet re-edit their film Sicilia!, discussing and arguing over each cut and its effects. The two consider the influence of figures as diverse as Chaplin and Eisenstein, and the ethical and aesthetic implications of various film techniques.

A masterpiece about the making of a masterpiece, this crepuscular portrait of Straub-Huillet’s creative process has been described by Pedro Costa as both his first comedy and his first love story. Intimate and illuminating, it’s an indispensable lesson in filmmaking from three titans of cinema.