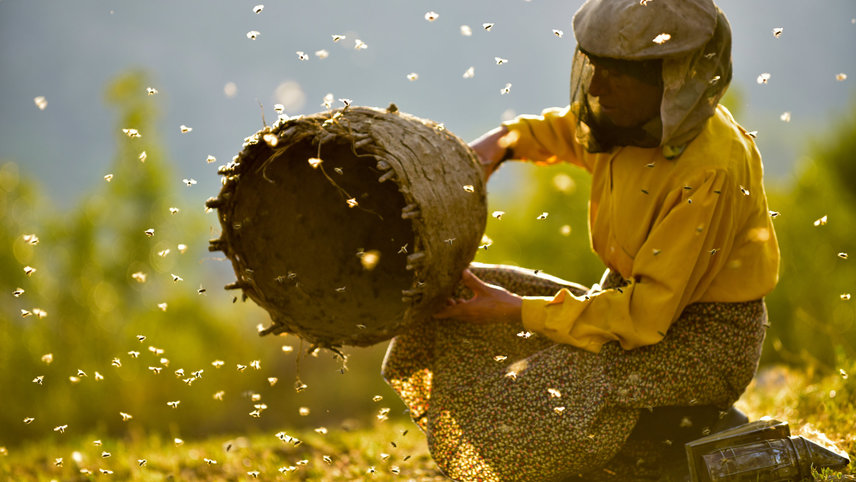 Hatidze lives with her ailing mother in the mountains of Macedonia, making a living cultivating honey using ancient beekeeping traditions. When an unruly family moves in next door, what at first seems like a balm for her solitude becomes a source of tension as they, too, want to practice beekeeping,

The first documentary to be nominated for Best International Feature and Best Documentary at the Oscars, Honeyland is an indelible fable. Starting as an astonishing portrait of a disappearing way of life, the film pivots into a cautionary tale on the effects of capitalistic greed on natural life.