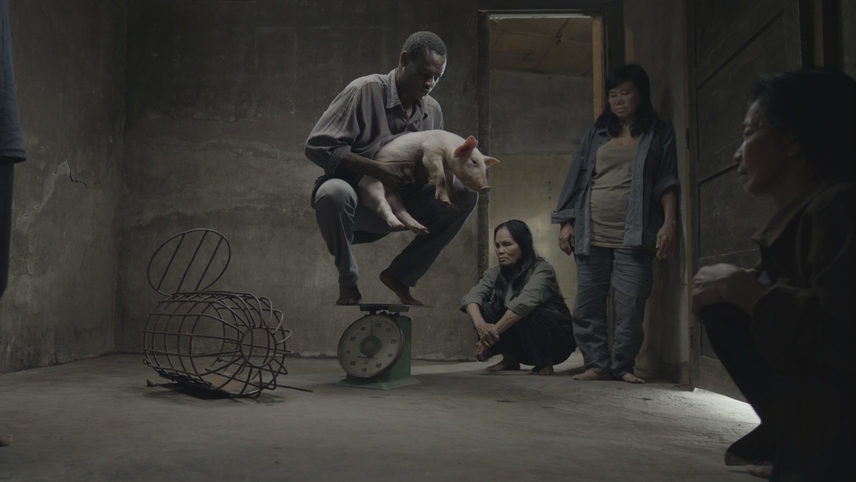 Bassley, a Nigerian footballer living in Vietnam, has been unable to make a living since he broke his leg. He and four middle-aged women he sometimes works for decide to escape to an old house, where together they create a special world for themselves. But this intimate utopia cannot last forever.

Through hypnotic bodily gestures and earthy rituals of food preparation, Lê Bảo’s extraordinary debut lends an otherworldly sensuality to the slums of Ho Chi Minh City. Set against the grey solitude of urban precarity is a meeting of lost souls whose wordless tenderness transcends language barriers.

You currently have access to only 1095 films in the United Kingdom selection.
You're missing out on 2413 more films, you can get immediate access to these via a VPN subscription.