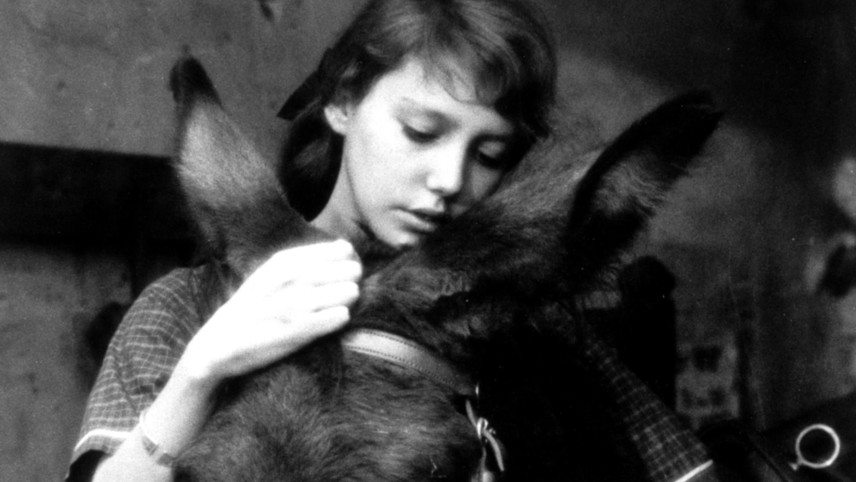 The film parallels the mistreatment and downfall of two innocents: a young farmer’s daughter who is seduced by the leader of a group of black-jacketed delinquents; and the Christ-like Balthazar, a donkey that is passed from master to master, endures a seemingly endless cycle of cruelty.

Bresson’s minimalist monastic masterpiece is transcendent: in its strict, restrained austerity it reaches some sublime and spiritual outer stratosphere of emotion that burns its viewer off layer by layer. Featuring one of the most indelible screen presences ever, Anne Wiazemsky, in her film debut.