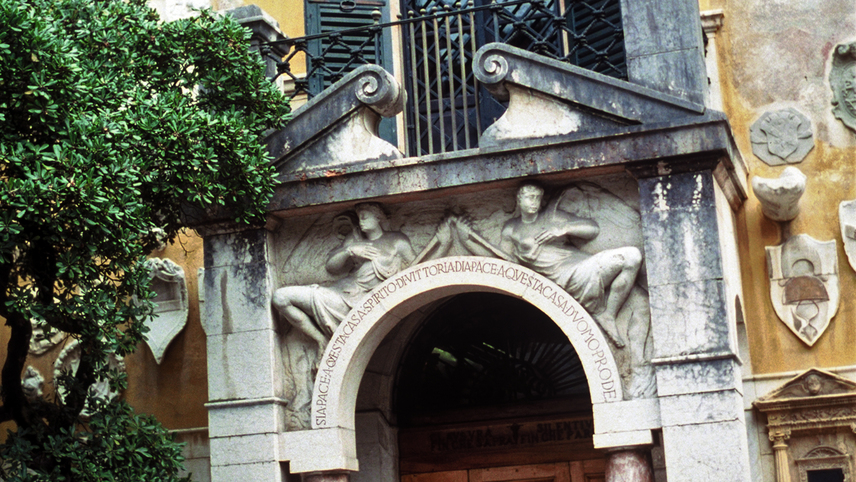 D’Annunzio’s Cave shows 15 rooms of the Villa Cargnacco in Gardone on Lake Garda, where Gabriele d’Annunzio moved in 1921 and lived until his death. The villa is part of a museum-like theme park that he and his personal architect Giancarlo Maroni spent almost two decades designing and furnishing.

The first half of our Heinz Emigholz series concludes with the most unusual and—yes!—horrifying of his revelatory architectural films. It explores with morbid fascination the baroque house of the titular Italian poet, one so grotesque with ornamentation you might find it in Orson Welles’ nightmares.

You currently have access to only 892 films in the United States selection.
You're missing out on 2400 more films, you can get immediate access to these via a VPN subscription.