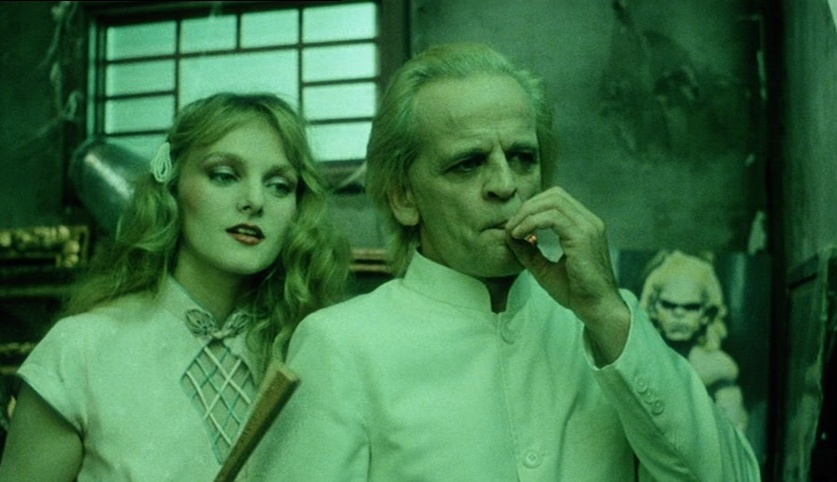 A girl (Isabelle Illiers) loves an older man (Klaus Kinski). He demands that she goes in a brothel, as evidence that she loves him. As she is confronted by any number of perverse sexual possibilities, he carries on an affair with Natalie (Arielle Dombasle). Based on a novel by Dominique Aury.

Japanese avant-garde filmmaker Shūji Terayama is known for his visually striking and highly provocative works, from which Fruits of Passion is one of the most controversial. Presented at the Directors’ Fortnight in 1981, this is a sexually abrasive and disturbingly powerful tale.