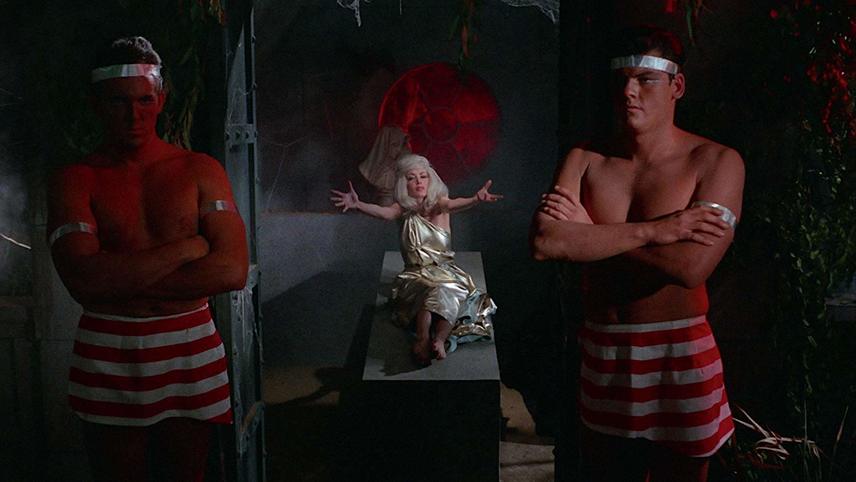 A nudie cutie like no other, in which a pulp author and his wife are stranded in a graveyard and become slaves to the undead, enduring all manner of lascivious dancing. Starring Criswell (Plan 9 From Outer Space, whose Ed Wood wrote the screenplay here), filmed in gloriously garish candy colors.

A gloriously garish, über-camp “nudie cutie,” with a screenplay written by the infamous director Ed Wood: we’re sold! But wait, there’s more. It stars American psychic Criswell (of Plan 9 from Outer Space fame), a plethora of stripteases, and some truly demented costumes. In short: a cult classic!