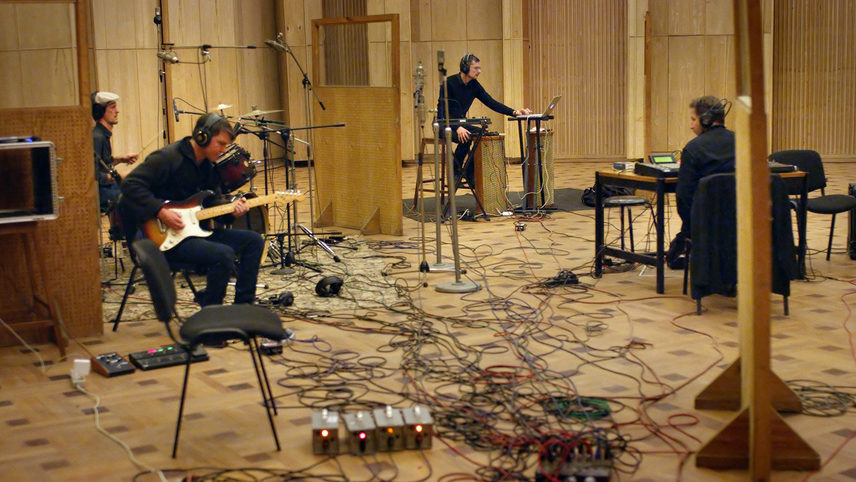 The film documents the genesis of the recordings and production of some music pieces by the band Kreidler that were released on their album ABC in May 2014. Continuous, long, observing filmic shots were taken. The recordings were made from 8 to 12 October 2013 in Tbilisi, Georgia.

We bring you a new documentary series by Heinz Emigholz (from of our Architecture of Autobiography series), the brilliantly unclassifiable “Streetscapes,” pinpointing perspicacious intersections of art, urban landscape, politics, history and psychology. The first, focusing on music, rocks hard.