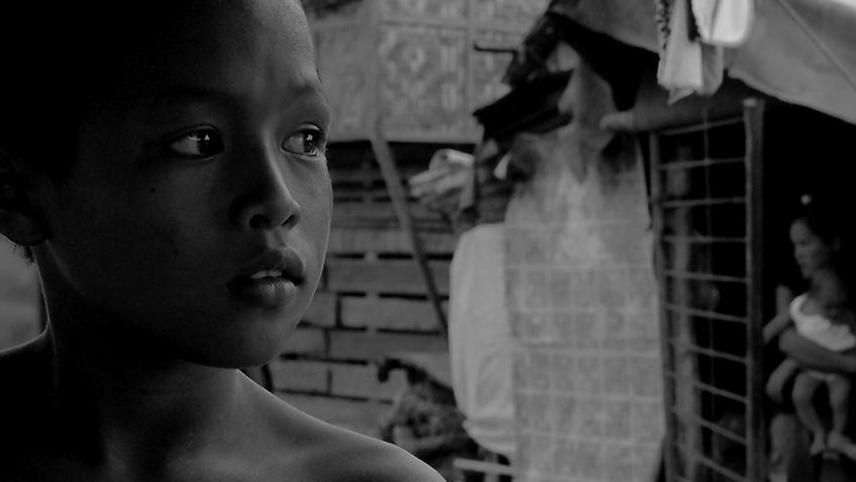 The Philippines is the most storm-battered country in the world. In 2013 Typhoon Yolanda, considered the strongest storm in history, struck the Philippines, leaving in its path apocalyptic devastation. A few months later, Lav Diaz visited Tacloban Island to film children lives in the aftermath.

Lav Diaz’s majestically patient storytelling invests his infrequent documentaries with unusual concentration and power. The historical and psychic devastation of his epic dramas here becomes bracingly physical when focused on the detritus and poignant survival of children after Typhoon Yolanda.